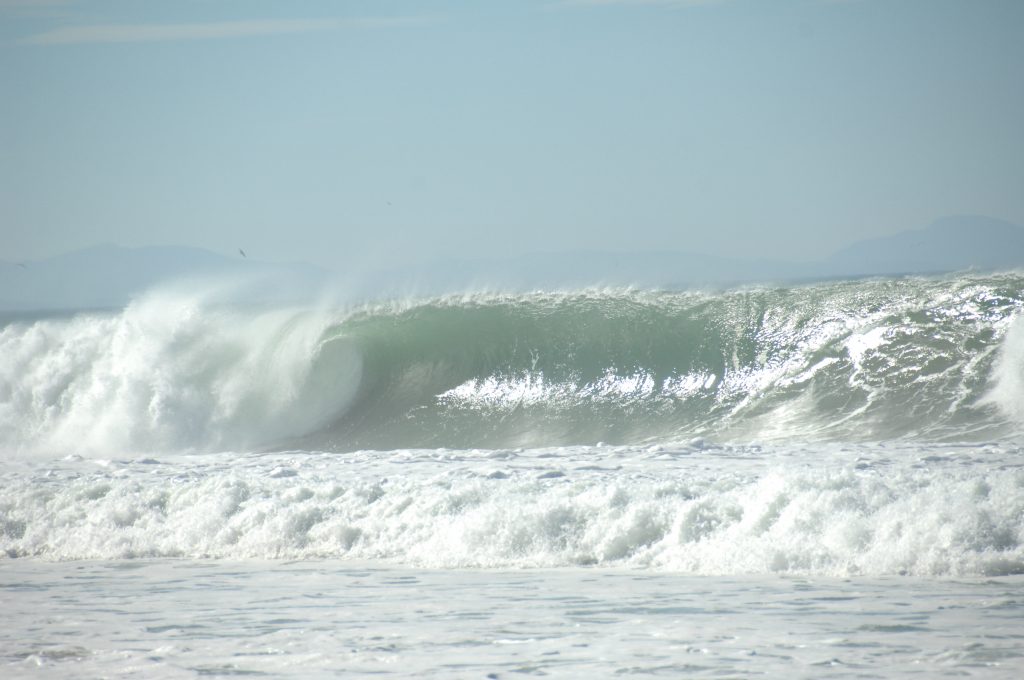 Surf Spot Guide of Hossegor S.W.France to Capbreton . This is rough guide to the best known spots and the sand banks. Being a sand bottom part of the world we rely on good sandbanks being formed each year. Luckily for us we have one of the largest abyss’s on the planet just 300 meters out from the harbor at Capbreton. The ” Gouf de Capbreton” which is canyon the size of the Colorado Canyon drops 4 kilometers deep. To help you understand a bit better heres an image ( bottom left) of whats under the ocean straight in front of us in Hossegor , the other image is “La Nord”breaking against the underwater cliff directly in front of Hossegor, its actually a reef break! The sand banks change every year , and sometimes they are better than others , however thanks to the Gouf and the currents we always have a good bank somewhere. Hopefully this will help you find a good wave.

Heres a quick run through from north to south of the Surf Spot Guide of Hossegor S.W.France. Theres  a whole bunch of other world class waves off the beaten track that you can surf with our guide. 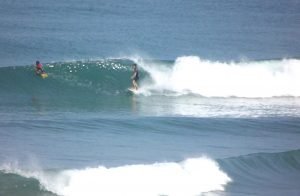 This is a short drive North of Le Penon in Seignosse. It has worked through all the tides for the last couple of years. There is normally an amazing bank straight out front , one slight South ,  and a 5 minute walk north has a barreling bank. Always a lot of people up here , but always a lot of waves. 2 surf schools on the beach with a snack bar. Good vibes in the water. Great between 2-6 foot 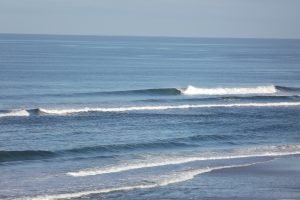 This is another world famous beach for its high tide barrels onto the beach. It hosts a mix of locals and visiting surfers and generally has a great vibe. The paddle out can be pretty intense when it bigger swell and the rips are even worse. Great between 2 -6 foot . Needs a N.West swell. 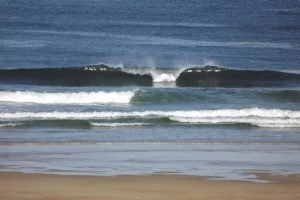 This is another mid to high tide break. There a set peak straight out front that produces a long winding left hand wave. Definately barrels hard on the inside and is not to underestimated when getting the time right to jump in !. There are other peaks just south direction Estagnots that is a good place to escape the crowds of the main peak. Its another awesome wave. There is a lot of beachside holiday flats around here so it can get busy. Great between 2 – 6 or 8 foot. N/W swell needed 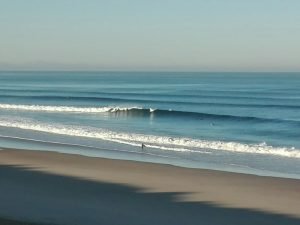 This is another amazing quality sand bank. The bank straight out from the parking works best on a low to high(ish) tide. It barrels hard here and can produce some really long waves. This beach getting a bit nearer to Hosseor center is a bit busier. It can also hold a bigger swell and works from 2 -8 foot no problem. N/W swell needed. 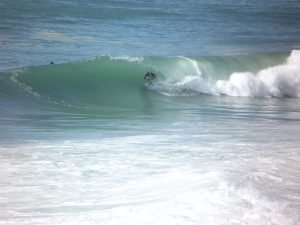 In French , “bare bum”, yes there lots as this is one of the nudist beaches. It has fun small waves on a low tide and better on a mid to high tide with moderate swells. On the monster swells this is a popular towing in spot . A real good place to watch the chargers when its over 10 foot. Works well 2 -10 foot on a N/W swell. No bad vibes here 🙂 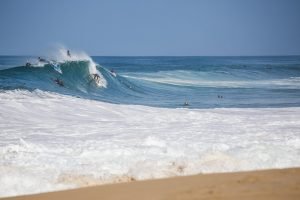 So good they should have named it twice. During the summer it generally sleeps , waking up in September to produce a grinding, winding, heavy as barrel. Not for the faint hearted or learners. One of the best waves in Europe. Perfect conditions are 4-8ft NW/W swells, and light easterly winds. 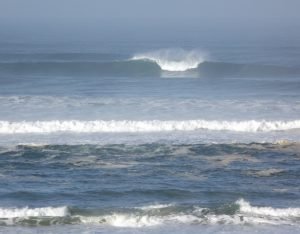 This is one of the famous big wave spots. You can see the monster waves jack up directly infront of the Rock food cafe. Its a real easy paddle out when its big due to the channel to the south. It holds up to 12 -15(ish) foot and is often crowded at that size. Its actually Hossegors only reef break, as the giant swells break on the massive drop off cliff to the Gouf de Capbreton. N/W swell from 4 -12 foot. 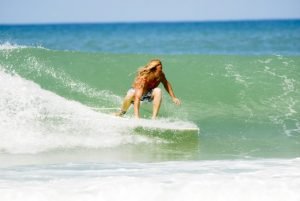 Just slightly south of La Nord , you can sit here and surf gentle 2 foot waves and watch 12 foot monsters being ridden 200 meters north. Its one of the only spots to go and hide when the surf is maxing out. Its a super popular learner wave and is generally very fat and forgiving. Downside is the crowds. It works only on low to mid tide and completely disappears at high tide. Best at 2-6 foot on a N/W swell. 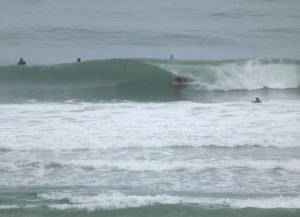 This is a spot that can be surfed on almost every monster swell. Its often very busy as its so close to town . Its protected by the harbor and is a good fun wave that is steep, sucky and sand-churning slammers that produces a short, fast ride. W/N swell that holds 2- 10 foot. 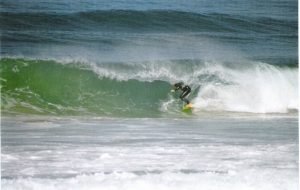 North of La Piste, is Le Santocha. This place works well when all of the Northern beaches are closing and maxing out. Its a real easy paddle out from Le Prevent. Its an easy enough take off with long make able walls that become hollow the further you ride down the line. Often mad crowded. best on 2 -12 foot and on a N/W swell.

Located in Capbreton, this is famous for its grinding shorebreak barrels. Its a magnet for local talent as its always a barrels fest.   Very busy during the summer months. W swell from mid to high tide. 2 -10 foot. Not for the faint hearted.

This is a simple Surf Spot Guide of Hossegor S.W.France to the very well know spots in the area. The area further afield to the North and the South host a lot more world class waves. The idea of this guide is to get you on the type of waves you came for. If this isn’t enough help , we take pleasure in offering our Surf Guide service for you. You can check more details here of our Surf Guide.

If you are in the area looking for a surf guide you may be interested in having a look at the “surf guiding package” that we run from our lodge. Basically stay in style at the Secret Spot Lodge then get driven to the spots directly and surf till you drop. 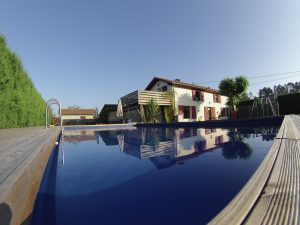